Roots of the Fraternal Order of Police

A ride on a Pittsburgh Railways trolley car cost a nickel, you could enjoy a silent movie for a dime and radio was unheard of. If your parents had a telephone it probably was a party line which you shared with someone else. The Blue Laws were strictly obeyed and a lady only went into a saloon when it had a back room with a separate entrance. If you owned motor car it was jacked up in the garage all winter. The article could go on and on but we are leading up to something dearer to our heart. Two foot patrolman, Martin Toole and Delbert Nagle, were the original Pittsburgh Police Officers who thought of organizing other officers into a body to secure much needed improvement in their way of life.

During the era of 1915 Police Officers were underpaid and overworked. Their job security was at the whim of a politician who could fire them at the drop of a hat and they had no recourse for unjustified dismissal. Police were forced, at times, to work twelve hours a day, three hundred sixty-five days a year and no thought of being paid overtime. Their patience worn thin and they were ready to organize so as a group they would have strength in seeking justice for their plight. During the Spring of 1915 Martin Toole and Delbert Nagle met nightly at the corners of Second and Flowers Avenue, Hazelwood, and would discuss the problems of the police officer. One particular evening the conversation was about organized labor when suddenly Toole blurted out, What do you say about trying to organize the police? Nagle replied, What the devil are we waiting for, let’s go. Considerable planning had to be done in a very secretive manner for if their plans were known heads could hit the chopping block. On Friday, May 14, 1915 twenty-three men met in secret at 9:00 A.M. at the Wabash Station Building, Ferry Street and Liberty Avenue. It was at that meeting that the name Fraternal Order of Police was adopted. Temporary Officers were elected until such time when a Charter for the organization was granted. Twenty-three was adopted as the password for the group. This was in recognition of the twenty-three men who realized that they were sticking their necks out. They were determined to have a police organization regardless of the consequences.

Police Superintendent Noble Matthews learned of the meeting that afternoon and was furious. He threatened to "sharpen his ax" but it was a waste of his time and no doubt played havoc with his blood pressure.

History relates, after hearing what was in the wind he sent a policeman to Toole’s home instructing him to report to headquarters immediately. Toole obeyed the order and told him what had transpired.

According to Toole, Matthews called him an agitator and what ever else came to mind at that moment. He wanted to know why Toole did not talk with him before starting such nonsense. Toole gave him several plausible reasons but he did not wish to hear any of them.

Toole further explained that at the next meeting a committee would be formed to talk things over with him. That blew the cork out of the bottle for Matthews who screamed "Oh - so you are going to have another meeting huh, how many men have taken part in this?" Matthews had a dizzy spell when told that over 300 men were actively involved. After regaining his composure he exploded again saying get out of here and break it up. "Do you hear, break it up at once." Toole made no reply but left the office. Their next important move was to contact Mayor Joseph G. Armstrong and explain directly what they had in mind. Superintendent Matthews had to be shown the light of day and labor oriented Mayor Armstrong was the man to enlighten him. According to research Mayor Joseph G. Armstrong, an active member of the Flint Workers Union, helped with the original planning of Pittsburgh Fire Fighters Local No. 1. They formed May 5, 1903. 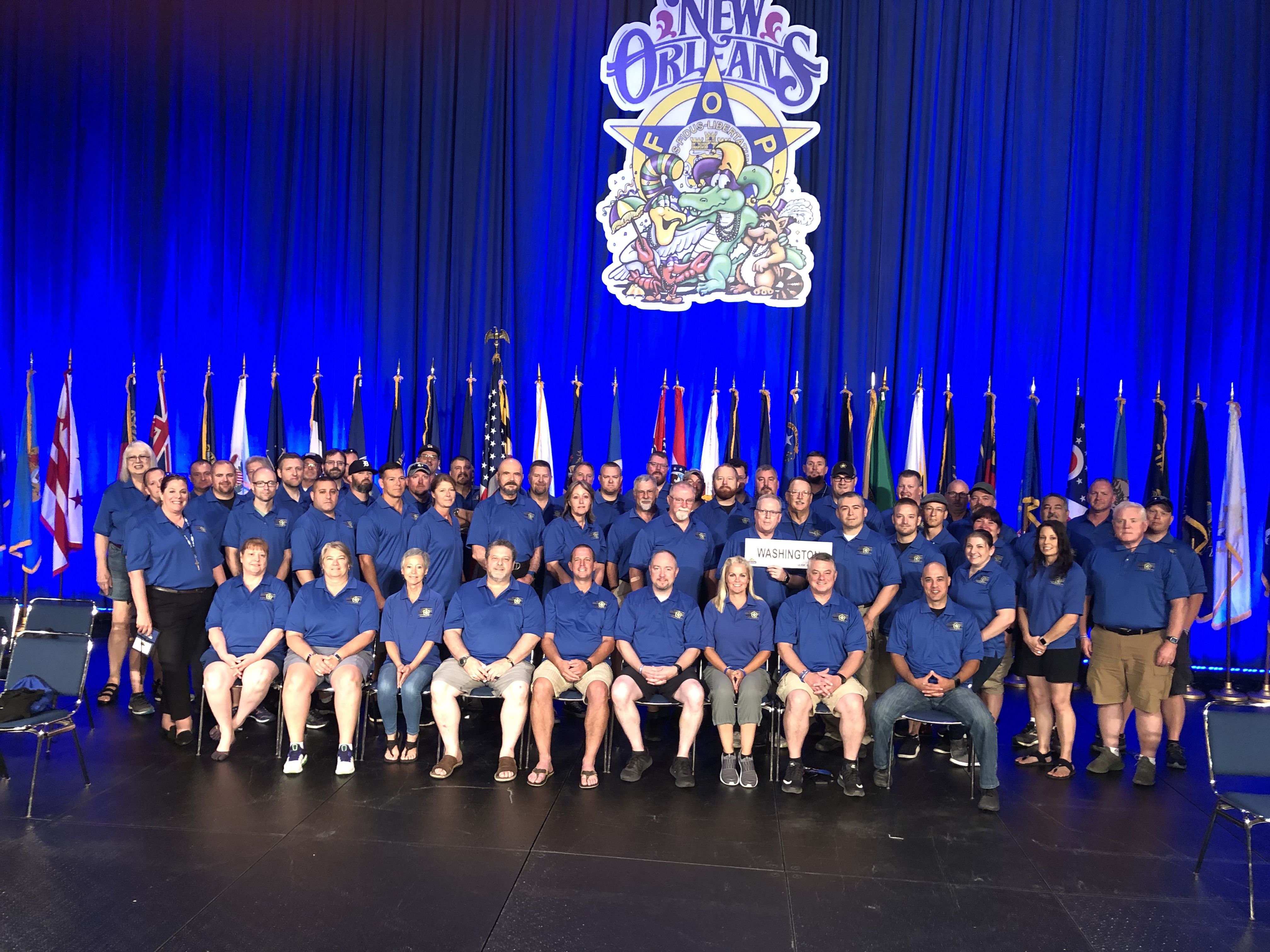 The talk with the Mayor

Saturday morning President William H. Larking, Vice President Delbert Nagle and Secretary Martin Toole went to mayor Joseph Armstrong’s office and told him what had transpired and it was the desire of the police to organize. After explaining in detail to the Mayor he agreed with them. He stated, "Well boys I don’t see a thing wrong with this, as long as you adhere strictly to the methods and principles you have adopted. You will never go wrong. They should carry you through with flying colors. You have my hearty approval and full cooperation." When told that, Superintendent Matthews was trying hard to discourage the organization, he picked up the phone and asked for the Superintendent of Police. Mayor Armstrong said, "Listen Noble, let them boys alone! Let them go.

Immediately plans were formulated to lobby City Council for a reduction of the 365-day work schedule. Council realized that action must be taken on the F.O.P.’s complaint and passed an ordinance on Monday, October 9, 1916, giving police officers two days off each month with pay. Other police departments took notice and they began to organize under Pittsburgh’s Leadership.

State Lodges were established and then the Grand Lodge was formed to encompass the United States. From the original 23 members the membership now totals over 277,000 and there are over 2000 local Lodges and one in Dublin, Ireland.

At the 5th Annual National Convention held August 15-18, 1921, at Reading, Pennsylvania, Joseph G. Armstrong was introduced to the assembled body as the ex-Mayor of Pittsburgh who is the father of the Fraternal Order of Police.

ABOUT THE FOP STAR

Adopted by the National Fraternal Order of Police is designed to remind the membership of the duties that are expected of them as a citizen, a police officer and a member of the lodge. The five-cornered star tends to remind us of the allegiance we owe to our Flag and is a symbol of the authority with which we are entrusted. It is an honor the people we serve bestow upon us. They place their confidence and trust in us; serve them proudly.

Midway between the points and center of the star is a blue field representative of the thin blue line protecting those we serve. The points are of gold, which indicates the position under which we are now serving. The background is white, the unstained color representing the purity with which we should serve. We shall not let anything corrupt be injected into our order. Therefore, our colors are blue, gold and white.

The open eye is the eye of vigilance ever looking for danger and protecting all those under its care while they sleep or while awake. The clasped hands denote friendship. The hand of friendship is always extended to those in need of our comfort.

The circle surrounding the star midway indicates our never ending efforts to promote the welfare and advancement of this order. Within the half circle over the centerpiece is our motto, "Jus, Fidus, Libertatum" which translated means "Law Is a Safeguard of Freedom."